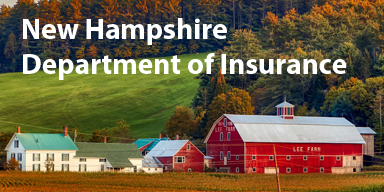 In the fall of 2017, New Hampshire’s individual health insurance market was in jeopardy. Nationally, some states were seeing all participating insurers exit the individual market, leaving Americans with no options to purchase an individual market health plan. The Affordable Care Act’s (ACA) vision for a reformed individual market was wobbling under the weight of increased costs and financial losses that made the market unsustainable for both consumers and insurers. The ACA needed a change, but Congress was gridlocked over how to approach it.

In New Hampshire, the possibility of insurers withdrawing was serious and those fears were amplified when insurers filed 2018 premium rates with startling increases. The average increase for Granite Staters buying health coverage on the exchange was 52% for those ineligible for a premium subsidy.

To put that in perspective, more than a quarter of participants in New Hampshire’s individual market paid full premium. Consequently, it was estimated that 10,000 citizens, 40% of those who paid full premium, would justifiably determine this to be financially untenable and forgo having coverage.

Granite Staters were rightly demanding to understand how this happened. For New Hampshire, there were three predominant catalysts.

One, bipartisan agreement at the federal and state levels that the ACA contained unaddressed defects, including implementation challenges that undermined the market, incomplete payments to insurers and regulatory confusion.

Two, in an attempt to influence Congress into reforming the ACA, the Trump Administration began eliminating mechanisms, such as Cost Sharing Reduction (CSR) payments, that were intended to control premiums. These Cost Sharing Reduction payments provided subsidies to insurers for discounts that they were legally required to provide to low-income individuals. Removing the CSR payments without a viable replacement created additional pressure on premiums.

Three, New Hampshire’s approach to expanding Medicaid by putting eligible members on the individual market increased premiums due to inaccurate assumptions of patient utilization and because individuals could enroll in expanded Medicaid on a rolling basis outside of the Open Enrollment period. As such, individuals could seek coverage for an ongoing health emergency without having previously paid any premium.

Facing these challenges without federal assistance, state leaders understood that to avoid a potential market failure in New Hampshire, decisive action was required.

Immediately, Gov. Sununu and officials at the New Hampshire Insurance Department (NHID) began communicating with insurance carriers on a daily basis to provide assurances of the state’s commitment to the individual market and providing regulatory flexibility to keep them in the market.

In 2018, New Hampshire reformed its Medicaid Expansion program to transition eligible citizens off the individual exchange and into managed care. In doing so, it produced immediate relief on premiums in 2019.

Over the course of the following year, the state launched the process of creating a reinsurance program that would further lower premiums. Reinsurance is a reimbursement mechanism that protects insurers from high medical claims for beneficiaries with complex and costly medical needs.

States receive federal funding for the program based on the amount the federal government saves on Advance Premium Tax Credits resulting from the program. That waiver went into effect this year and yielded a 16% premium decrease.

Further, the federal government listened to states, like New Hampshire, that requested additional funding to account for federal savings generated as more individuals entered the market during the COVID-19 pandemic. This will help keep premiums stable next year. In summation, these actions by state leaders and the NHID not only preserved the state’s individual market at a time of uncertainty but also strengthened it by expanding access to care and lowering premiums. Since 2018, New Hampshire’s individual market benchmark plan premiums have decreased by 35% and enrollment has increased, including 5% growth at the start of 2021 from 2020.

Those actions also resulted in a highly successful Special Enrollment Period (SEP) in New Hampshire that ran from February to August of this year. At the outset of the COVID-19 pandemic, Gov. Sununu asked federal officials to offer a SEP and earlier this year the Biden Administration made that opportunity available. Over 9,000 Granite Staters took advantage of the SEP to obtain or enhance their coverage. That is more than double the average number of people who did so during that period in 2019 and 2020.